One of the many joys of camping is being able to sit around the fire with a bunch of your friends and family. Most would say it’s the best part of camping–the amazing company, the beloved campfire smell, and the fun, silly games. There are so many amazing camping games out there, and most of them do not require much movement at all. You’ll be able to stay in your chair the entire time while you all laugh into the night. Whether you have a new RV, or you’ve been RVing since you were a kid, there’s always reason to find and try out new games. Here are 3 fun camping games that we hope you can enjoy playing around the fire! 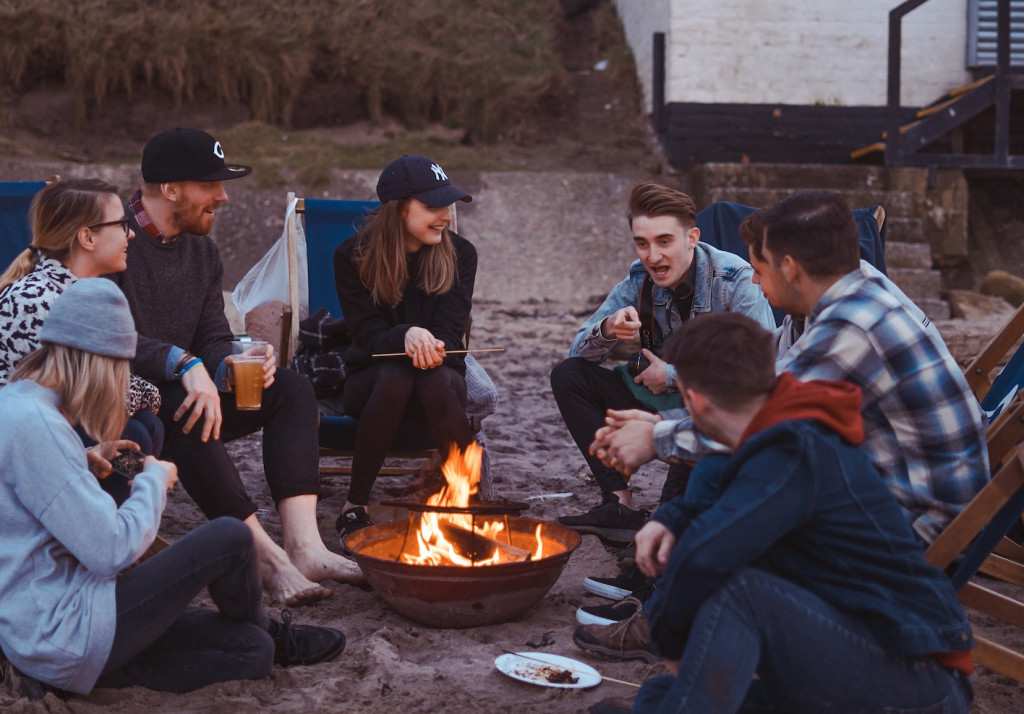 What an interesting name, right? This game will have you all acting out a little bit of a dramatic scene. You’ll need a piece of paper and a pen.

1. Rip the paper into the number of however many people are playing. Then, write “murderer” on one piece and “townspeople” on the rest. Hand them out to everyone in the group. Only the murder knows he or she is the murderer when the game begins.

2. The murderer “kills” the townspeople by winking at them. The person who has died acts out a little scene (whether just pretending to be “killed” and letting their head roll or acting out a dramatic death–as long as everyone can tell that they have been murdered).

2. I Went to the Big Train Parade and I Brought…

This one is especially fun for smaller kids who know the alphabet.

If you want to make it more challenging, make up a theme that everyone has to stick to (e.i. camping theme, Star Wars theme, etc.).

This is a classic campfire game that the whole family will love!

People of all ages have loved playing these camping games when sitting around the fire. We hope that you enjoy them as much as we do! If you have been considering purchasing a new RV so that you take trips and play these games, please contact us today. We’ll help you find your dream RV so you can enjoy these camping games this summer!